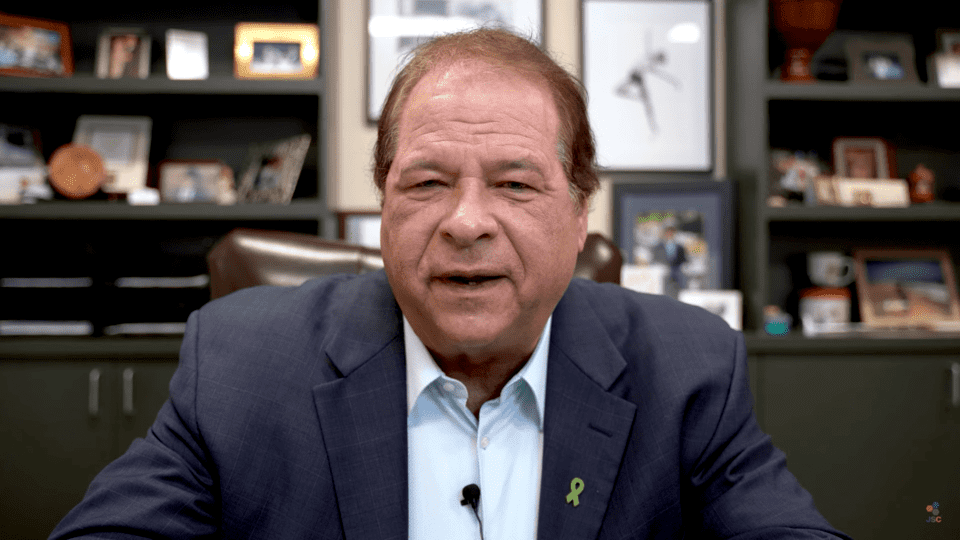 These are prepared statements delivered by Dr. Jemsek by invitation to the Irish parliament on Wednesday, June 26th, 2019.

Thank you for the privilege of addressing you today in regard to a medical condition that begs your attention. This condition, which I term “Lyme Borreliosis Complex” or “Lyme disease”, may already have impacted you personally, impacted your family or friends and unquestionably has impacted your constituents. You who have been elected to office took an oath to serve your communities. This does not mean you assume the healthcare responsibilities for each citizen, but it does mean you should be guardians of the public health. And you are most relevant in this issue today because the Lyme borreliosis pandemic is indeed a public health issue.

Lyme Borreliosis Complex is generally characterized as infectious invasions of the brain and other tissues caused by a profile of “stealth pathogens” headed by the borrelia spirochete, or corkscrew shaped “Lyme spirochete”. These infections may create suppression of the immune system and are capable of creating a consummately miserable existence. The disease creates overwhelming fatigue through 24/7 chronic inflammation, incredible pain through damage to neuromuscular tissues, and debilitating mood and cognitive impairment through inflammation of the brain. It may rob life and purpose from those affected by eroding the will to live. Once the soul is lost, the body follows and often vice versa. It is a human and social tragedy which steals self-esteem and life goals, rips apart relationships and family, truncates careers and exerts a chilling effect on a child’s chance at life.

We live in a world cluttered with chronic illness. As our medical technologic skills expand at a dizzying rate…vis-a-vis the new Health Innovation Hub Ireland, so too our health populations witness an expansion in the prevalence of daily or recurrent unexplained maladies. Eighteen of the top twenty noncardiac, non-cancerous disorders have no known cause—examples are ME, CFS, RA, Crohn’s disease, Alzheimer’s disease, and an entire range of degenerative neurologic and rheumatologic conditions. The common unifying feature among these diseases is chronic inflammation. We are becoming sicker. Could it be that “Lyme disease” caused by infections due to multiple stealth pathogens is not only associated with a tsunami of neuropsychiatric illness due to brain and body-wide infections, but is also directly or indirectly involved in a host of other chronic debilitating medical disorders by creating an altered immune response in a genetically and or environmentally predisposed individual.

Dr. Elizabeth Nabel, a Harvard cardiologist and thought leader, recently commented on a TED talk about medical truth and knowledge. She and I agree on quite a bit and I supposed that’s why I’m paraphrasing her remarks. “We aren’t as smart as we think we are. What is known is dwarfed by what is not known.” Even in our evolving and yet to evolve computer and science age, she questions the term knowledge based on this line of thinking and euphemistically refers to knowledge as information. We both agree the path to true learning is paved with humility.

Once a patient, family or friend is disclosed to the horror and frustration of this illness and its attendant baggage, they almost always have many questions about the absurdity of the situation.

1) They will wonder how things came to be as they are. Who is responsible? Why has the patient seen so many doctors without benefit?

2) They will wonder why so many of their physicians are openly hostile and degrading to them. Why has there been a pattern of pathetically inadequate and often dishonest responses— especially from academic physicians? Why have U.S. physicians in particular seem to have abandoned their medical oath to help?

3) They will wonder why none of the blood diagnostic tests developed over the past thirty years are reliable.

4) They will wonder why the CDC and IDSA collaborated on the badly flawed 2006 guidelines of the diagnosis and treatment of tick-borne illness; and why over forty percent of the guidelines references were self-referenced.

5) They will wonder why after several decades, this disease, Lyme Borreliosis Complex, has no agreed upon name or definition.

6) They will wonder why the hundreds of doctors and naturopaths around the world who attempt to treat “Lyme disease” do it in hundreds of different ways.

7) They will wonder why private and government health insurers won’t meet to discuss and arbitrate alternative views on this disease—or at least come to the table to effect positive change on behalf of the patient.

8) They will wonder why the authors of the IDSA have guidelines on tick-borne illness and their collaborators, including CDC officials, who have stated for over 2 decades that “Lyme disease is hard to get and easy to treat”, submitted 202 patents involving the Borrelia organism or “Lyme” spirochete, all designed to benefit them financially.

9) They will wonder why the sacred Physician-Patient relationship, the bedrock principle upon which the Profession of Medicine was founded, seems to no longer exist; and they wonder if it will ever return.

10) They will wonder why for over 25 years there has not been a clear voice of authority to assist them or their loved ones in their plight.

I have lived in a time which allowed me to care for many patients in the two pandemics of our time, HIV/AIDS and Lyme Borreliosis Complex. While new information about tick-borne illness is casting an ever-enlarging shadow, the flagship disease for this group of illnesses and associated pathogens remains Lyme Borreliosis Complex. Never has the human biome experienced such a targeted, pernicious and vicious immune-evasive neuroanatomical assault. And the non-Darwinian society in which we live means that the human will either devolve or make drastic change just to maintain their quality of life or even exist.

This sentiment is echoed in a blog this week where Mary Beth Pfeiffer, author of Lyme: The First Epidemic of Climate Change stated the following: “There is little doubt that Lyme is pandemic. It calls for a huge and concentrated national and international effort to bring it under control.” In the same blog, Ben Beard of the CDC, which is slowly changing its course after years of denial, states “It’s hard to know what the maximum ceiling may be.” Currently the CDC is reporting 400,000 new cases per year in the U.S. and estimates there are 2 million people living with Post-Lyme Disease Syndrome (PLDS). Personally, I detest this term, PLDS, as mundane and profoundly misleading, if not entirely dishonest in the misguided quest for political correctness.

These authorities really don’t understand the reasons for the explosion of this disease and they are clearly playing from behind. Globalization, climate change, and other undetermined factors, which notably may include elements such as our environment, individual genetic patterns and modern day stress all may play a role. The biology screams that sexual transmission and mother-to-child transmission in utero is not only possible but common. The thought of investigating these routes of transmission terrifies and paralyzes the CDC and has so for decades. At this point however, the LIE is too big to confess for them.

A critical influence exacerbating all of the above about the Lyme Borreliosis pandemic concerned the U.S. authorities in charge of epidemiology and research in the 1990s, namely the IDSA and CDC. They as a group chose to “slow play” the pandemic until they announced their ill-fated vaccine “LymeRix” in 1999. When the vaccine failed miserably and harmed hundreds of individuals, these facts were denied by both the manufacturer and by the investors at the CDC and IDSA. The IDSA and CDC investors were deprived of their primary goal …. To benefit financially. From then to now, these few individuals have demonstrated anti-patient and anti-society attitudes—full of arrogance, indifference, ignorance and greed. The only difference between then and now—they are so Busted.

So ministers, TDs, and everyone, what can we do now that your eyes are open?

1) Open your eyes a little bit wider when a citizen’s life has been changed by a mystery illness.

3) Encourage Lyme awareness and seminars through organizations like Tick Talk Ireland and others.

5) Encourage physicians to contact a Lyme-literate physician such as Jack Lambert for starting points in adjusting life style, for example.

6) Make our Poster Child a child.

Follow Us On
Facebook-f Instagram Twitter Youtube
PrevPreviousTICK TALK IRELAND 2019
NextGLA Launches Its First Observational Study on Lyme Disease with Jemsek Protocol®Next
Manage Cookie Consent
To provide the best experiences, we use technologies like cookies to store and/or access device information. Consenting to these technologies will allow us to process data such as browsing behavior or unique IDs on this site. Not consenting or withdrawing consent, may adversely affect certain features and functions.
Manage options Manage services Manage vendors Read more about these purposes
View preferences
{title} {title} {title}

Contact Us
Jemsek® Specialty Clinic and our partners use technologies such as cookies to collect information from your browser to deliver relevant advertising on our site, in emails and across the Internet, personalize content and perform site analytics. Please visit our Privacy Policy for more information about our use of data and your rights. Click here to update your preferences
I agree