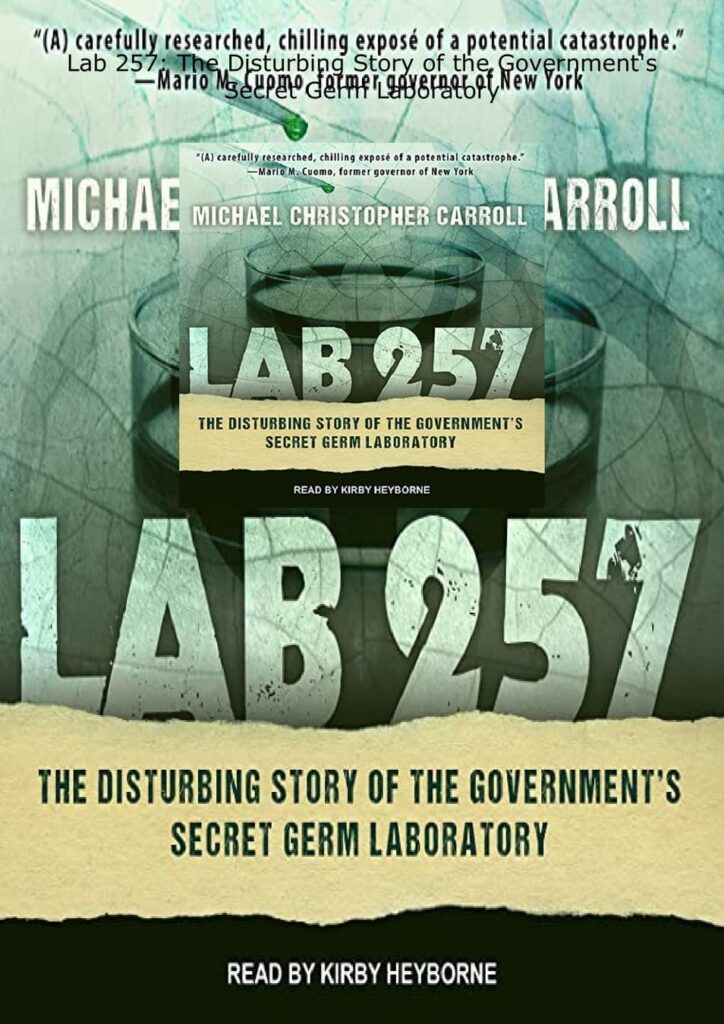 Lab 257, for many the birthplace of the U.S. Biological weapons program and for others, is an all-too-close proximity to Old Lyme, Conn. Old Lyme is the location of the first concentrated outbreak of Lyme disease in current times.

From Wikipedia:  “Lab 257 … has alleged a connection between Plum Island Animal Disease Center and the outbreaks of three infectious diseases: West Nile virus in 1999, Lyme disease in 1975, and Dutch duck plague in 1967.”

From Amazon: “Nestled near the Hamptons, the fashionable summer playground of America’s rich and famous, and in the shadow of New York City, lies an unimposing 840-acre island unidentified on most maps. On the few on which it can be found, Plum Island is marked red or yellow, and stamped U.S. government—restricted or dangerous animal diseases.

Though many people live the good life within a scant mile or two from its shores, few know the name of this pork chop–shaped island. Even fewer can say whether it is inhabited, or why it doesn’t exist on the map. That’s all about to change.”

To get the full story, order the book at Amazon.

Follow Us On
Facebook-f Instagram Twitter Youtube
PrevPreviousLyme Loonies
NextShannon CornukeNext
Manage Cookie Consent
To provide the best experiences, we use technologies like cookies to store and/or access device information. Consenting to these technologies will allow us to process data such as browsing behavior or unique IDs on this site. Not consenting or withdrawing consent, may adversely affect certain features and functions.
Manage options Manage services Manage vendors Read more about these purposes
View preferences
{title} {title} {title}

Contact Us
Jemsek® Specialty Clinic and our partners use technologies such as cookies to collect information from your browser to deliver relevant advertising on our site, in emails and across the Internet, personalize content and perform site analytics. Please visit our Privacy Policy for more information about our use of data and your rights. Click here to update your preferences
I agree